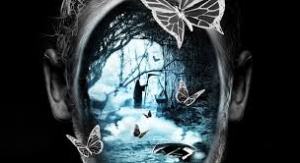 Who murders someone for a single silver dollar? In Stephen King’s “A Death” Jim Trusdale is accused of doing just that. Want to characterize Trusdale? Think of a skinny version of Lennie from Of Mice and Men. Trusdale is notably slow, and people laugh at his speech. But, unlike Steinbeck’s hulking Lennie, Trusdale is about 140 lbs. The townsfolk accuse Trusdale of killing ten-year-old Rebecca Cline, leaving his hat under her dress, stealing her silver dollar, and leaving her dead body in an alley. Sheriff Barclay becomes certain Trusdale didn’t commit the act, but, to the reader’s chagrin, he says nothing.

In The Bazaar of Bad Dreams, which houses the story “A Death,” Stephen King writes an introduction to each story. In his introduction to “A Death” he writes that he envisioned a man reading a newspaper by Kerosene lamp, and imagined more men joining him with their Kerosene lamps. From that point, a story emerged. What struck me as I read “A Death” was how developed and lively the story was, given such intriguing but humble origins. King said he wanted to use unusually “dry and laconic” language, which turns out to be an apt choice for this story. What King doesn’t say becomes more misleadingly perfect than what he does.

The story takes place in the Dakota territories, shortly before the Dakotas become a part of the United States. To put Trusdale on trial, the characters use a loose version of the U.S. judicial system. Sheriff Barclay takes him into the jail house, and Roger Mizzell, the district Judge, serves dual duty as Judge and Prosecuting Attorney, making objections inconsequential. Trusdale’s lawyer is a haphazard choice, a man named George Andrews who’s had two years of business school and is selected because the town has no lawyers. In general, the situation wreaked of the stench of injustice, and I found myself getting angry as I read on. King even humorously mocks the men of the court, noting, for example, of George Andrews in the courtroom: “With every eye on him, he had discovered a heretofore hidden flair for the dramatic.”

King’s usual critique of religion emerges, as Pastor Rowles plays a small but not insignificant role in the plot. Comically, in one part of the story, King notes that “Pastor Rowles was droning on.” But his critique of religion, his critique of the judicial system, and his perhaps simplistic depiction of small town life are all questioned by the story’s ending. Indeed, King sets the reader up for strong expectations and delivers something completely unexpected. A twist? Well, perhaps something like that.  In any case, I thought I knew what points King was making throughout the entire story, but the end made me question where his convictions lie.

Of course, Stephen King is the genius behind myriad novels and short stories, so when I settle down to read him, I generally hope for strong creativity, at least, and unbridled horror, at best. I wouldn’t say this story fit either bill, exactly, but it’s an attention-sustaining read. King uses his dry, terse language, character interaction, and depiction of small town life to build suspense. As a reader, I had some sense of what was coming, but I knew King would deliver something unexpected. And he did. I was just never really “scared,” per se, not the way I was scared when Louis Creed sees Victor Pascow’s ghost in Pet Sematary.

My take on the story? Well, I’d probably invest in The Bazaar of Bad Dreams if you’re a King fan, because he has a page about each story before the story occurs, and it’s a thick anthology that I have yet to work my way through. This particular story, well, I could take or leave. It’s an entertaining skim if you have a half hour to kill, and the ending will leave you surprised. Though “A Death” is certainly no masterpiece, it’s at least a reasonably entertaining use of time.

Like Loading...
A Trip to the Bazaar: Reading “A Death” from Stephen King’s Bazaar of Bad Dreams

2 thoughts on “A Trip to the Bazaar: Reading “A Death” from Stephen King’s Bazaar of Bad Dreams”

Academic and Writer for Hire