Well, it’s official.  I’ve written an uneven 73 posts on Just Dread-Full since the blog’s inception in late October of 2015.  Now, before I continue, I had a different introduction written in this piece, but the ghost of Miss Jessel is apparently bitter about how I depicted her in my piece on The Innocents, because she’s crawled out of the movie and consumed my laptop.  Really.  Michael and I lost my laptop in the transition from his parents’ house to his house (one of us was carrying the bag).  We, and his parents, have searched every conceivable place, and it’s simply disappeared. As such, I’m typing from his laptop, and I have to start this piece over again.

This piece was born of my excitement and wonder when I discovered that if I clicked “blog posts” on the left hand side of the WordPress dashboard, the beginning of all my old posts would show, along with the total number of likes, comments, and views they’ve garnered.  (Yes, it took me nine months to discover this phenomenon.  As you may well have conjectured by this point, I am not a tech savvy human being).  You see, I can be needlessly dramatic and tiresomely lament the fact that I wish my blog had more traffic, so this feature lets me see just how frequently my articles – especially the most popular ones – have been read.  For someone who is (I admit) paradoxically confident and unsure about her own writing, accumulated viewing statistics are remarkably reassuring.

Frankly, it’s also exciting.  I’ve always wanted to write for an audience, but I never had a venue, never knew where to submit my writing.  I may yet try to publish offline someday, but in the interim, it’s incredibly fulfilling to write for my own blog while being part of a supportive community of bloggers.  Because I have trouble creating a short story from start to finish or sticking with a novel project, Just Dread-Full gave me the perfect non-fiction platform to create complete pieces from my chosen craft – writing.  When I’m feeling bored with life (which happens sometimes) inching my way through pieces sustains my focus on something of worth, and when I’m emotionally healthy – even enthusiastic – I see an expansive wealth of writing opportunities before me.  Seriously.  Anyone with even a mild proclivity toward writing should give blogging a try.  It’s a fantastic outlet for practicing your craft and showcasing your own voice.

To celebrate my newfound creative outlet (and to use that neat little blog post feature I just discovered) I’ve decided to showcase Just Dread-Full’s top ten articles.  By and large, this top ten is comprised of my most viewed articles, though I’ve added some other significant landmark articles for other reasons (which I’ll explain in the list of links below).  Thanks for reading my blog.  It thrills me to write for an audience.  Here are, by and large, my most popular posts, in descending order.  Check out something that sounds interesting to you below!  (Note: My Leibester Award Post technically falls in my top ten most viewed posts, but I omitted it because it isn’t an essay, analysis, or review.)

1.)  We All Go a Little Mad Sometimes: Examining Evil, Psychosis, and Human Error in Psycho and Other Films: This is one of my favorite pieces, along with the most viewed piece on my blog.  Michael and I saw a public viewing of Psycho at The Warner Theater on Halloween Night, and in such a way, this post was born.  I examine literary critic Terry Eagleton’s philosophical and literary exploration of evil to speculate the distinction between evil and madness, especially in pop culture characters.

2.)  Point Counterpoint:  Grooming in the Zombie Apocalypse:  This is the start of what was supposed to be a Point Counterpoint series, through which I’d examine two vastly different opinions on one work.  This particular “Point Counterpoint” ended up being the only one on the blog so far, and showcases a heated debate between Michael and his brother David on appropriate grooming standards in light of a zombie apocalypse.  Do we surrender some of our grooming norms, or do we uphold high standards of personal appearance?  Check out the second most read piece on my blog and weigh in!

3.)  Eerie Experiences – My Haunted House: Michael kindly transcribed the real-life haunting experience of one of his close friends.  Her unsettling account of a haunted house she lived in became, unsurprisingly, the third most viewed post on this blog and garnered many comments.  I promise, this eloquently retold account will cause even the most rigid skeptic to consider the existence of the paranormal.  Check out this “Eerie Experience!” 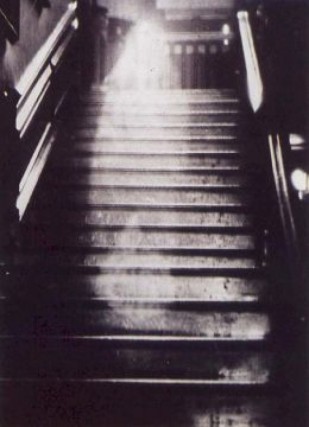 4.)  10 Great Things about The Shining:  I love this little post, one of my earliest posts on Just Dread-Full and my fourth most viewed post.  The Shining is a canonical horror masterpiece and one of my first horror films.  I scribbled down so many fantastic things about the film when I sat down to watch it for this piece, and chose ten elements of the film that seemed the most salient (though it was hard to choose).  I’ve contemplated writing a piece called “Ten More Great Things about The Shining” but haven’t gotten to that point yet.

5.)  A Peak at Crimson Peak:  The Phenomena of Female Ghosts and Why I love This Film:  This is also one of my earlier pieces, and is the fifth most viewed piece on my blog.  In this piece, I only begin to explore why female ghosts (at least, in my opinion) are more unnerving than male ghosts, and, I would argue, more prominent in pop culture.  Retrospectively, I think more could be done with this analysis, but I’m excited the piece has gotten as much attention as it has – a possible testament to Guillermo Del Toro’s brilliance and success with this film.

6.)  King Corners Religion with Children of the Corn:  Anyone who takes a cursory glance at King’s works – at least his earliest works – may surmise that he has some contentions with religion.  I don’t proclaim that he’s an anti-religious zealot, but his works clearly depict some hesitation and uncertainty about organized worship.  I explore his uncertainty through an examination of the amazingly macabre slasher flick, Children of the Corn, based of his work.  One takeaway from this list is that if I write about King’s most popular works, there’s some degree of certainty that the posts will get ample views.

7.)  The Killing Joke: The Horror Genre’s Greatest Unclaimed Masterpiece:  I would love to take credit for writing this brilliant piece, but as the “Guest Writer” tag indicates, it’s one of Michael’s many excellent contributions to my blog.  Michael now has his own blog on all things comic-book related called My Comic  Relief (his writing is fresh and funny) so he doesn’t contribute as much to Just Dread-Full anymore (sigh) but many of his well-written, engaging pieces have been hugely popular on this blog.  This piece is about the villainous Joker in the Batman series, as he appears in a well-known, horrifying DC comic.

8.)  A Room for Dying:  Space and Place in “The Masque of the Red Death”:  Up to this point, I’ve been listing my most popular posts in descending order.  If I were to continue doing so, Michael’s Marvel-ous Zombie piece would be next, but I wanted to showcase my most popular short story review.  Short story reviews on Just Dread-Full tend, on the whole, to be less popular than film or television reviews, but my analysis of Poe’s “The Masque of the Red Death” became as popular or more popular than many of my contemporary film reviews.  My Master’s Thesis was on a theory of how environment affects us called Space and Place Theory.  I use the fundamentals of that theory to analyze Poe’s macabre piece about the plague.

9.)  The Appeal of Horror:  Though this is not technically my ninth most popular piece, I wanted to include my most viewed generalist/miscellaneous piece.  In this piece I start with Stephen King’s speculation about why we crave horror movies (because they make us feel normal).  I grant his point, but I add my own two cents.  Check out the piece, and let me know what you would add.  What makes you a horror junkie? 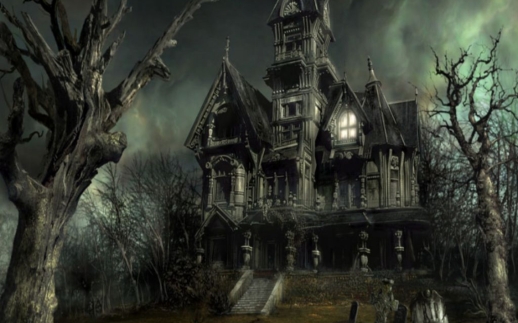 10.)  Gore Galore:  The Delights and Downfalls of American Horror Story: Season Five: Haunted Hotel: I was enamored by the premise of this season of American Horror Story, which was partly inspired by the haunted Cecil Hotel in Downtown Los Angeles (which now has a new name and is trying to change its haunted reputation).  However, the first few shows of the season didn’t fully meet my expectations.  I got busy, stopped watching it, and thus stopped writing about it.  Still, this was my first piece on the blog and for that reason holds a special place in my heart.  I remember my enthusiasm about starting the blog, and my frenetic writing during my first week.  As such, I included it on this top ten “list of memories,” if you will.