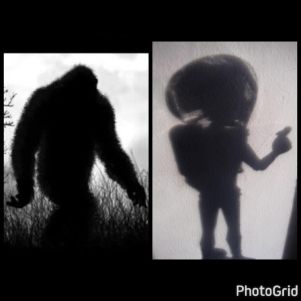 Ever since I first came across Just Dread-full’s first fright posts, I have been entertained. It has been fun to read about other bloggers’ childhood fears and has allowed me to realize that I am not that different with what scared me as a kid. I figured I could share what gave me chills and many restless nights so long ago. If anything, it might be fun for me to face those fears once again, and give the reader something to laugh about. My pain-your gain!

Growing up in the 1980s, I had unpleasant dreams that I can’t recall much of. These certain dreams would easily be resolved by having my mom assure me that nothing was there, and that everything would be just fine. It wasn’t until the early 1990s that my fears became consistent, harassing me for many nights and months. My mother’s assurance just wasn’t enough anymore. It was the fear that these two different groups of creatures could actually be real, and even more frightening: could enter my room. 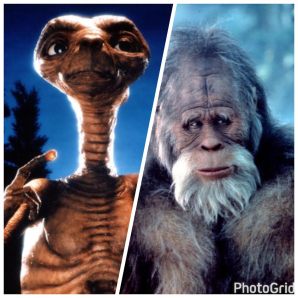 The two groups of creatures that scared the crap out of me were introduced into my life by the films E.T. the Extra-terrestrial and Harry and the Hendersons. If you are not familiar with these films, then shame on you!

Steven Spielberg’s E.T. the Extra-terrestrial is about a child-like alien who gets left behind on Earth and ends up befriending children. The movie ends with E.T. phoning-and eventually-going home. It is the perfect family movie that teaches the viewer to accept others who are different, and that we are not alone in the universe. 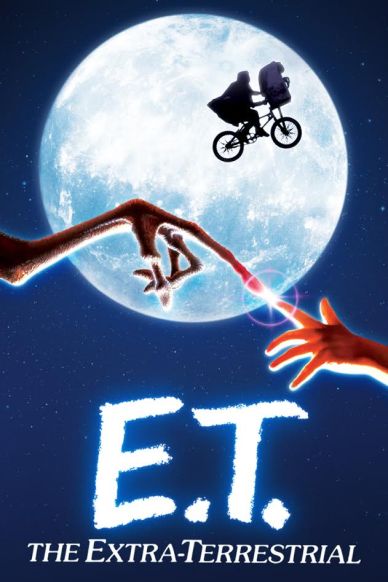 Harry and the Hendersons stars John Lithgow as George Henderson, who accidentally hits a Bigfoot with his car while traveling with the family in the mountains. The family ends up taking the creature home and naming him Harry, but is faced with the need to return him to his environment. This is also a great family film that shows humans are more animal-like than Bigfoot.

Laugh all you want about me being scared, but as a kid, seeing E.T. surprise Elliot in the corn field (it’s always aliens in corn fields) was tough to handle, since I lived in farming country with fields all around my house. Also, seeing Harry’s face pop down onto the front windshield of the family station wagon was enough to make me wet my Teenage Mutant Ninja Turtles underwear. My little brother and cousin would pause the movie right where the camera is up close on Harry’s face when he goes flying off of the roof. They would just sit there and laugh at his face, and all I could do was fake laugh. I was the older one, so I had to look like I wasn’t scared.

The fears between the two characters would switch from time to time. I would wake up on the top bunk bed convinced that I saw Harry looking at me through the window, or at other times, he would be standing right next to my bed looking down at me. Needless to say, the hall light was on almost every night. However, when we would go camping as a family, I never worried about Harry coming to our camp. I believed that Bigfoot or Sasquatch could only be found in Washington. 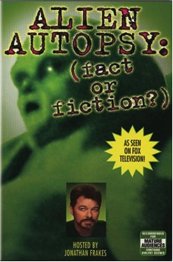 My fear of E.T. went up a level and was more about little green or gray aliens after I viewed a small portion of the now-infamous Alien Autopsy: Fact or Fiction recording that aired on television in 1995. Of course, at the time I believed it was real, and would freak out whenever an airplane flew over our house. I thought they (the aliens) would abduct me and nobody would notice that I was gone. Even though I never actually saw anything, I believed that the aliens would come at night and try to get into my house. I was convinced that they drugged my neighbor’s dogs, and that was why they never barked.

Now, before you all condemn the younger me to a psychiatric hospital, know that I finally came to terms with these creatures. With age, I was finally able to put those fears behind me. Those fears became a source of fascination in my teenage and now adult years. I will gladly read about or watch any alleged video recordings of UFOs or Bigfoot. As Fox Mulder’s wall poster from the X-Files states, “I want to believe.”

Note:  I’d like to give a tremendous thank you to Jeremy from Jer’s Comic Books for contributing this hilarious post.  For all of your comic book needs, check out Jeremy’s fantastic, intelligent blog! 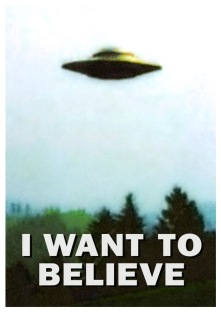